Fasting is a common catchword  in health and weight-loss circles these days. There are lots of ideas and opinions about whether or not women should fast, and so  I reached out to intermittent fasting expert Brad Pilon, author of Eat Stop Eat to set the record straight for you. Here is what he had to say…

“Let’s forget most of the mambo jumbo about fasting not being good for women – most of it is clickbait, and the rest is confusing fasting for the combination of excessive leanness, excessive dieting, and excessive exercise.
Let’s also forget the way people treat all types of fasting as being the same.
Instead, let’s focus on real world practical reasons why fasting works well for many women.
I’ve thought of about a million different ways to explain this…and the best I’ve come up with is a fictional story.
So here it goes…
Janet first met Kevin when they were in college.
Kevin was 6’2″ and 205 pounds. While he wasn’t an “athlete” he worked out regularly and maintained a fairly muscular build for his height.
Janet was 5’4″ and 135 pounds. In her youth she was involved in just about every sport imaginable. From field hockey and soccer to swimming and dance, Janet was active, as a result she had the typical fit and athletic body that other women her age hated her for having!
Janet didn’t really have a weight issue during college. Sure, her weight increased and hovered around 140 pounds by her senior year, but for the most part she had it under control.
That is until she and Kevin got married and moved in together.
They both lived very busy lives, balancing their new careers with trying to maintain some sort of social life.
As a result, both Kevin and Janet ate out a fair bit. Nothing extreme, maybe 2 or 3 times per week.
When they were at home Kevin cooked them relatively healthy meals, and they almost always ate breakfast and dinner together.
After 4 years of marriage, Kevin still weighed about 205 pounds. Sure, there wasn’t quite as much muscle, and he was a little softer around the stomach, but for the most part… not much had changed.
Janet on the other hand, hated her body.
Her once athletic build could now only be described at “thick”. She spent a great deal of time stressing over what she ate, making sure she ate enough protein, kept a close eye on her carbs and always took her fish oil pills.
Despite this, she was finding it a never ending battle to keep her weight below the dreaded 160 pound mark… but when work became stressful she could easily find herself in the mid 160’s.
Her breaking point was a couple days after last thanksgiving, when she actually weighed in with a night-time before-bed weight of 175 pounds.
To Janet this was devastating, and she was completely oblivious to why it was happening.
She had joined a gym, and even committed to going on nightly walks with Kevin, but to no avail.
Her friends said she ate too much sugar, but for the most part the meals that her and Kevin ate were very healthy.
In fact, despite what her friends said, Janet KNEW that her and Kevin ate the healthiest out of all her friends.
She finally chalked it up her weight gain to having a slow metabolism. It simply must have slowed down since college.
It was probably all the stress at work, or maybe it was some rare hormonal thing she inherited from her mother.
The truth?
Janet was putting on weight because she ate too much.
More specifically, she put on weight because she ate the roughly the same amount as Kevin.
They had the same size servings of almost everything they ate.
And since Kevin was (for the most part) maintaining a weight of around 200 pounds, and was just about as active as Janet, it meant that Janet was eating enough food to maintain a weight of…well..right around 200 pounds!
When they would go to the restaurant and order the same meal, Kevin didn’t get the “big guy” serving size, while Janet got the “slim girl” serving size… both plates looked identical.
When Kevin made them healthy omelets, he didn’t make one for himself then a half an omelet for Janet, he simply made two omelets.
This is the plight of smaller women.
Most serving sizes in restaurants are too big for the average man, let alone a woman who is 4 inches shorter and 40-60 pounds lighter.
And, for the most part, when we are at home we don’t “downsize” the portion sizes for the smaller person.
Even if we tried, we generally end up at some middle ground that is still a little too much for an average sized woman.
This is why Eat Stop Eat works so well for so many women. It gives you a chance to play a little catch up, or more correctly to play a little “fall behind”.
It allows you to eat at a restaurant without having to leave 1/3 of your food on your plate.
You can eat at home with your family without cutting your chicken breast in half and giving it to the dog.
It is a dietary custom/portion size equalizer.
Your friend,
Brad”
If you want THE BOOK on fasting, check out Brad’s book: Eat Stop Eat.  ->>>> GO HERE 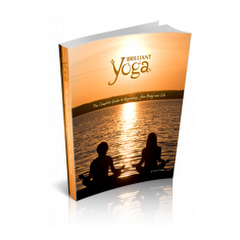 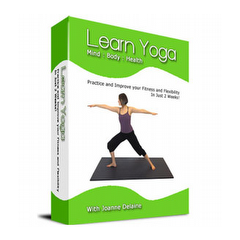 Everything You Wanted to Know About Your Immune System

3 Benefits Of At Home Workouts

View all posts by thegnc →

HEY! Wanna Be TRULY Happy? FREE Instant Access Here>>Close
As our Privacy Policy states, we use cookies to ensure that we give you the best site experience. If you continue to use this site we will assume that you are happy with it. Ok